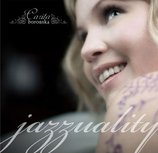 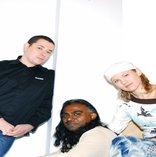 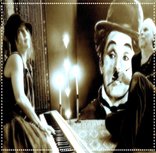 MUKTI CHILL is mainly created by Carita Boronska (vocals/composition/songwriting/arranging/keys), Nantha Kumar (Tablas,Percussion,vocals, songwriting) and Carlos Koschitzky (Electronic programming/production). It is a chill out music project including influences of worldmusic, electronic elements mixed with oriental rythms, mantras and vocals as well as lyrics in different languages such as English, Spanish, Sanskrit, Tamil and Swedish..

VIBE LIVE ART is a new, fresh and original project  founden in 2017. It's a live-performance including Carita Boronska  (composer/singer-somgwriter/pianist) and the painter/artist Bengt Backlund. Together they perform and paint live   inspired by Charlie Chaplin and his movies.

PATTI BALLINAS is a Scottish/Irish DRUMMER based in Mallorca.
She plays with Carita Boronska Quartet amongst many other bands and is sponsored by YAMAHA for whom she is a regular clinic performer.

GLADSTON GALLIZA is a unique Brazilian Guitarist/Singer as well as Songwriter/Composer/Writer/Arranger/Producer, based in Madrid, Spain.

CHARLIE 4 TANGO is Sven Assarsson (Singer/Songwriter and Patric Andersson (Story & Lyrics) that through their songs tell their experiences as Swedish Veterans & soldiers in Peace missions at conflicted war zones mainly in Bosnia, Europe as well as Africa.